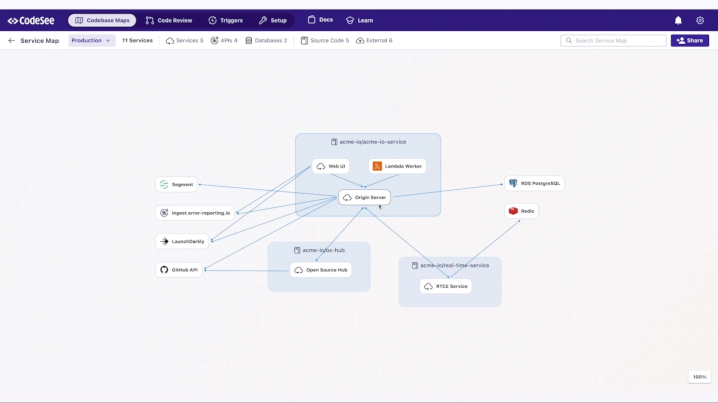 CodeSee previously raised a $7 million funding round in January. Earlier in 2020, the San Francisco-based startup closed a $3 million seed investment.

Enterprise applications often include dozens or hundreds of individual software components. In many cases, these components depend on each other to function. For example, the payment page of an e-commerce application may depend on a payment processing module to facilitate customer purchases.

There are also situations where multiple parts of an application depend on the same software module. If the software module suffers a failure, all the components that depend on it may also experience technical problems. Therefore, when developers update a certain part of an application’s codebase, they should carefully evaluate how the update may affect other components.

Determining which components may be affected by an update is often a complicated and time-consuming process. According to CodeSee, its newly launched CodeSee Enterprise platform makes it easy.

“Today’s release reflects a vision we’ve had for CodeSee since day one – that we want to end the long-held truth that our code isn’t easily accessible and the only way to understand it. is to read it line by line,” said CodeSee co-founder and CEO Shanea Leven.

CodeSee has combined the core feature set of its platform with features designed to make code reviews easier. A code review is a type of assessment in which developers check a software update for potential errors before releasing it.

When evaluating a software change, developers can use CodeSee Enterprise to identify the components of an application that are affected by the change. The platform highlights specific code files that need to be added, changed, or removed. In addition, it indicates which components depend on these files to function.

CodeSee Enterprise can be configured to provide useful technical information to programmers when needed. A software team could, for example, configure the platform to remind developers that newly added code must encrypt the data it processes.

To help companies manage developer access to their CodeSee Enterprise deployments, CodeSee has equipped the platform with single sign-on support. The startup also provides several other cybersecurity controls, as well as a version of the platform that can be deployed on-premises.

CodeSee Enterprise is rolling out about a year after CodeSee released an open source tool called OSS Port, also designed to help developers navigate software projects more easily. The startup says its software is used by thousands of developers, including engineers from Salesforce.com Inc., Snyk Inc., and other leading enterprise technology companies.

Show your support for our mission by joining our Cube Club and our Cube Event community of experts. Join the community that includes Amazon Web Services and Amazon.com CEO Andy Jassy, ​​Dell Technologies Founder and CEO Michael Dell, Intel CEO Pat Gelsinger, and many other luminaries and experts.